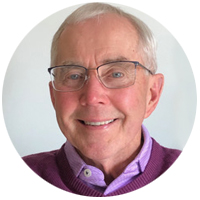 I was about 60 when I wrote my first sonnet. I live in Winona, MN, home to the Great River Shakespeare Festival, and each year a sonnet contest is part of the festival. It attracts entries from all over the world. I can’t recall what motivated me to create and submit my first entry, but the judges liked it. So each of the next few years, I’d write and submit one or two sonnets, a couple of which turned out to be winners.

It wasn’t until I retired from an enjoyable 43 year career in the insurance industry that I started writing lots of sonnets, mostly because it was fun and challenging. I wasn’t exactly starved for a new retirement activity because my wife, Sally, and I have used plenty of the extra time for traveling and spending time with our kids and their families. I have also been more involved in volunteer activities and continued to follow a long held passion for competing in running, cycling and cross country skiing events.

Still, retirement freed up enough time to also do more writing, and I have created nearly 200 sonnets (Shakespeare only wrote 154). After completing about 50, I started thinking about publishing a book. It’s a good thing my ego was heavily calloused from all the rejection I experienced selling insurance early in my career. Publishers turn down or ignore way more submissions than they accept. But my career taught me that “no” just means a different approach needs to be tried.

The failure of repeated early attempts to find a willing publisher provided time to steadily add to and improve the manuscript that eventually brought an offer from MSI Press to publish “Spunky Grandma’s….. And Other Amusing Characters”.

Ken The Sonnet Guy was a name I acquired a few years back on a cruise ship. The ship’s activities director produced a 30 minute TV show each morning that passengers could watch live as it was being filmed or view anytime on their in-room TV. The show mostly hyped activities going on that day, but one of the other things the guy did early in the cruise was announce a limerick contest. Passengers could write a limerick, put it in a drop box and he’d read them the following day. It proved to be a popular feature of the show.

I wrote a dandy the first day that he had to stop reading just before the punchline because like most great limericks, it was a little off color. Mine apparently wasn’t the only one that needed to be censored because he changed the rules. Each day he’d announced a different theme. Any form of poetry was OK, but entries had to be short and clean. At the time, I had dozens of humorous sonnets stored on my laptop, and it was easy to find one each day that aligned with the chosen theme. He really liked them and by about the 4th day, he was referring to me as “Ken The Sonnet Guy.”

That’s easier to remember than the name on my birth certificate, and the format proved to be a winner for a cable guy named Larry. So that’s where the name came from.

About The Jester Logo

A Shakespeare connection is what drew me to the idea of using a jester image for my logo, My creations are written in the Shakespearian sonnet style, which means 14 lines of iambic pentameter meter with a rhyme scheme that goes abab cdcd efef gg. Shakespeare lived during the Elizabethan era when jesters commonly served as entertainers for the wealthy and powerful. That probably explains why he featured jesters in several of his plays. Some of Shakespeare’s jesters were more than mere clowns. They could cloak uncomfortable truths in their humor and get praise instead of punishment.

There’s a similarity of purpose my sonnets have with the humor of the jester. My goal is to entertain, and when some morsel of truth about human nature is embedded in a funny story, it makes it even more amusing. 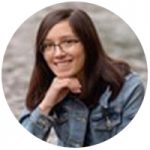 Joella Goyette is a very talented artist who attends the Minneapolis College Of Art and Design. She produced the cover and all the illustrations for Spunky Grandmas….And Other Amusing Characters. Ours is an unlikely collaboration given an age difference of several decades.

Joella’s mom, Jackie, who is my wife Sally’s personal trainer at our local YMCA, invited us to Joella’s high school graduation party. I learned at the party that Joella had already gained considerable recognition for her artistic talents. A few days after the party we received a thank you note for a graduation gift we’d given. The card featured a cartoonish drawing of a graduate in cap and gown. I had been thinking about adding illustrations to the book, and that card convinced me she would be the perfect artist to work with. Each time I’d suggest an image, she would amaze me with something far better than I’d envisioned. Joella has rare talent and a very bright future.